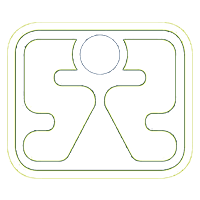 Originally from the Tweed Heads area, Lee moved to Ballina in 2005 to study Exercise Science at Southern Cross University. During his studies, Lee completed his Certificates III and IV in Fitness and began working in a number of gyms in Ballina, Lennox Head and Byron Bay.

Upon graduating from university, Lee began his own personal training business ‘Boundless Coaching’, seeing clients from Lismore to Byron Bay. Lee is also a qualified Les Mills Body Pump and RPM spin instructor. In late 2008 Lee was offered a unique opportunity to work overseas and since the beginning of 2009 until Feb 2014, Lee has lived in China and then Japan working as a jet skiier for Universal Studios, playing the role of “Mariner” in the Water World stunt show. Deciding to return home and give his body a much-needed break, Lee is back on the North Coast doing what he loves most… Training!

Lee is the founder of Boundless Coaching and specialises in programming and nutrition programs targeting weight loss, muscle toning and lean muscle gain.

With experience in natural bodybuilding competitions and competition preparation, Lee knows the ins and outs of tailoring programs to suit each individual’s needs.